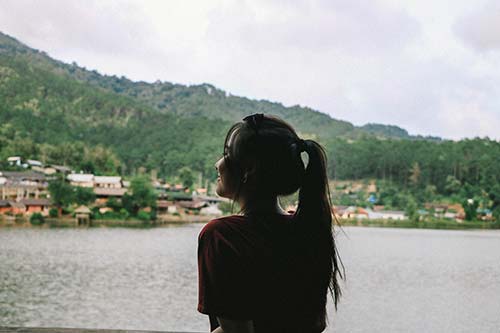 Thai women comes with hardships, but it’s worth it. | Photo by Pim Chu on Unsplash

It’s not unusual for a lot of Western men to want to start dating Thai women. There are a lot of men who travel to Thailand to do just that. But sometimes, a guy doesn’t want to just casually date a Thai woman. Sometimes, a guy wants to go a little further than that.

But regardless of man’s intentions when it comes to the women in Thailand, there are still a few things he’s going to need to know so as not to be shocked by the cultural differences in Thailand.

Now, cultural differences are a pretty big thing, but they’re not the only obstacles a guy can face when he’s trying to date Thai women. There are a lot of things that a guy can perceive as being in the way of his happiness.

The most obvious one is language. The official and most common language is Central Thai, or Siamese, but there are 71 recognized languages spoken in the country.

A lot of guys get in their own way when it comes to dating. The world doesn’t mess them up, outside factors play no role in their romantic failure. Sometimes, the only thing that keeps men from finding love is themselves.

Overthinking can be fixed by one thing and one thing only - action. Inexperience can be fixed with learning, either by studying people who have succeeded or through actual experience. 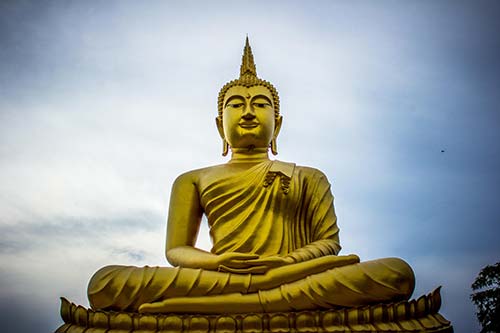 Buddhism is an important facet of Thai culture. | Photo by Suraphat Nuea-on on Pexels

Religion is a huge part of any country’s cultural and social makeup. Religious organizations are often focal points for socialization with many communities around their world centered around their place of worship.

Many women from Thailand are going to want a partner that shares their values and having the same religion is a great measuring stick for that, so religion can be an obstacle. It’s not impossible for two people of different religious backgrounds to be able to reconcile those differences and have a successful relationship.

Another factor that gets in the way of men who want to date the women in Thailand is Thailand itself. There are a lot of things about the country that can dissuade Western men from dating Thai women.

Now, the geography has a fairly obvious answer - air travel. A few hours in an airplane can bridge the distance that even the Pacific ocean provides.

The climate is trickier to contend with. It will be there no matter what a person does, but there are ways to mitigate its effects. Wearing light, breathable clothing helps. Another thing that helps is staying hydrated by drinking water regularly. 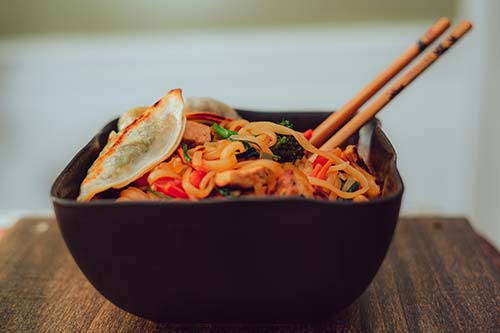 Dating women in Thailand may mean imbibing in the local cuisine. | Photo by Timothy Dyes on Unsplash

Culture in Thailand is markedly different from the United States. So an American man who comes to the country to date Thai women may find himself taken aback by the mores and customs of the locals.

But culture is more than just what’s easily read in an Anthropology paper. People don’t just live in vacuums that are easily observable by academics and researchers. People live lives wherein they enjoy things.

An American diet is high in fat and sugar, with large portions of food either deep-fried or baked. But traditional Thai food is markedly different from that. Instead of taking a piece of meat and putting it in a deep fryer, Thai cuisine emphasizes the use of spices.

In fact, almost all of Southeast Asia heavily uses spices in its cuisine. An American man who’s used to the diet of his home country may find that even food that seems familiar, like fried chicken or a burger, is a lot hotter on his tongue in Thailand.

But it’s going to be important to develop an appreciation for the food, or at least a tolerance for it. Food is an important part of culture, not to mention necessary to stay alive. There’s also the fact that sharing a meal together is one of the most common ways that people date. So Thai food is almost unavoidable for a guy who wants to fly out to Thailand and date some of the women there.

The pros and cons of marrying a Thai woman should be weighed by all men who want to marry them. This becomes more important when the man in question is foreign. The obstacles that foreign men find themselves contending with are unique to them.

Many of the men who are dating Thai women have found ways through or around these obstacles. This proves that obstacles, while considerable, are not insurmountable.