Proposing to My Filipina Fiance in Davao Philippines 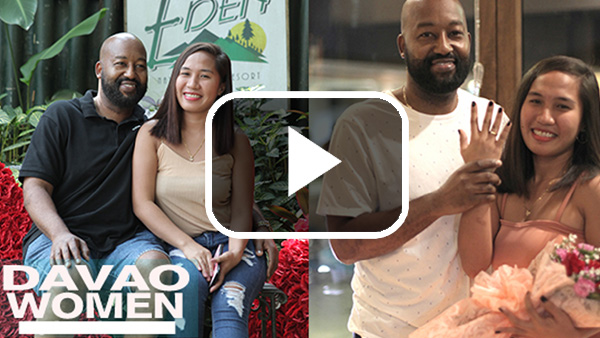 Filipinas like Jessa are highly sought after by men from around the world for the purposes of marriage.

As Davao women have a great reputation for being amazing mothers and devoted wives, men travel around the globe to meet women of this caliber.

Many American men have reservations about dating Filipino women, as some believe that there are prejudices against them in the Philippines.

While one cannot attest for all Filipinos, most Filipinas have no problem dating Americans, as women in the Philippines look at character and kindness much longer than their country of origin.

When dating Filipinas in cities like Davao, men will have the unique opportunity to immerse themselves in Filipino culture, while enjoying the many tropical amenities found while traveling through the Philippines.

Couples like Stevie and Jessa are a great inspiration to men around the world who are willing to open their hearts to the amazing Filipino women that call Davao City Philippines their home.

"Philippine Monthly" is the next best thing to being there. But NOTHING can replace ACTUALLY BEING THERE because you have to MEET them to marry them! View our Philippine Singles Tour Schedule and make your reservations HERE!

Contact The Single Philippine Women Featured In This Episode!

The beautiful Filipina women featured in this weeks video episode are REAL and actively seeking their lifemate. They want to hear from you! After you watch the video you can find out more about each one of them below by clicking on their picture, viewing their profile and then contacting them. In the end, however, you know and they know that you have to plan to go ACTUALLY MEET THEM before you can ever marry that special woman for you. So set your goals and MAKE YOUR RESERVATION NOW (you can determine your departure date and destination later with an "Open" reservation that provides hundreds of dollars of instant value). It is no coincidence that your romantic efforts become much more effective when you know - AND the women know - that you are actually committed to meeting them at some time in the near future.