4 of the Most Romantic Parks in Bangkok Thailand 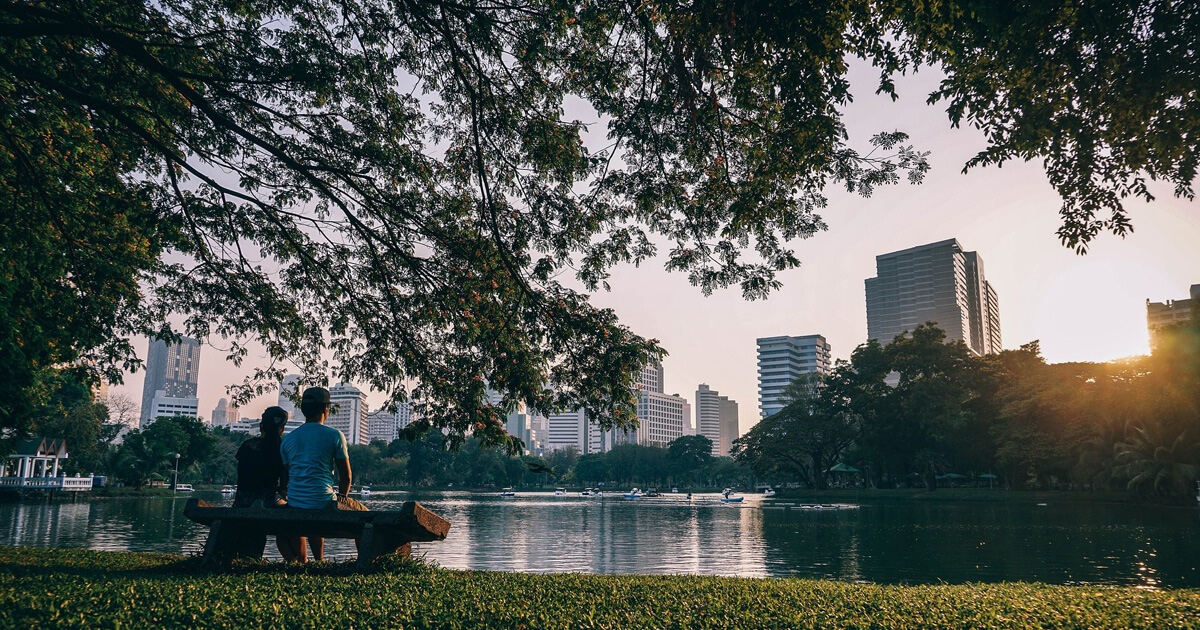 Take a romantic stroll in any of these parks in Bangkok Thailand.

There’s nothing more romantic than taking a stroll at a park at the end of a date. The soft glow of the lights from the lamps donning the walkway, the moon and stars shining above, and the sounds of nature all create an ambience that would make you fall in love. Any of these parks we’ve listed below are perfect for winding down after a night out. If you are dating a Thai woman, here are some parks you can take her to:

Constructed in 1987 for King Rama’s 60th birthday, this park is the largest in Bangkok, Thailand. It has several picturesque gardens (one of which is botanical) and a large and stunning lake. This park is open from 5:00 am to 7:00 pm daily with an entrance fee of as low as 10 Baht. But perhaps the park’s most notable feature is the the mini shrine found at the edge of the lake. It was built to commemorate the life of King Rama IX and includes pictures of him throughout his reign.

This is known as the first park in the city. It was built in the 1920s in honor of King Rama VI. Found at the heart of the city’s business center, admission to the park is free. When you visit, you will find a variety of ornamental shrubs and other fauna. But aside from its gardens, the facilities of the park are also worth experiencing. Perhaps the most popular would have to be the paddle boats, which you can rent. This is perfect for taking Bangkok women out on a romantic boat ride.

Although it’s not as large in comparison to the first two parks on the list, that doesn’t mean that Benjasiri is any less interesting. For starters, this park certainly comes alive at night. If you and your date are looking for some light entertainment, then this is certainly the place to be. A number of key festivals and events are celebrated in this park, such as Loy Krathong festival. It’s also just a nice and scenic place to catch some shade under the hot Thai sun.

Tired of cliched date ideas? Rather than taking her out to dinner, why not have a picnic lunch in this park instead. Rot Fai is one of the biggest parks in the city. It used to be a golf course but was eventually converted into a park.

Due to its vastness it eventually became a cycling and picnic destination. Other attractions that make this park distinct are the old steam engine train and the Bangkok Butterfly garden. With plenty of sights to see, you two can make many wonderful memories here.

All of these parks could be located in convenient parts of the city, which means they are easily accessible. So if you and your date are tired of the hustle and bustle of Bangkok, you can just head to any of these parks to relax and unwind for a bit. It’s a laid-back and tranquil way of spending time with each other without straying too far away from the city - we can’t even think of any other date ideas that could be better than that.