Newest, beautiful, single women now added for week of Wednesday, 24 November, 2021 - Tuesday, 30 November, 2021
During this COVID-19 crisis, be assured we are still working daily to ensure your success!

The Beauty of Thailand 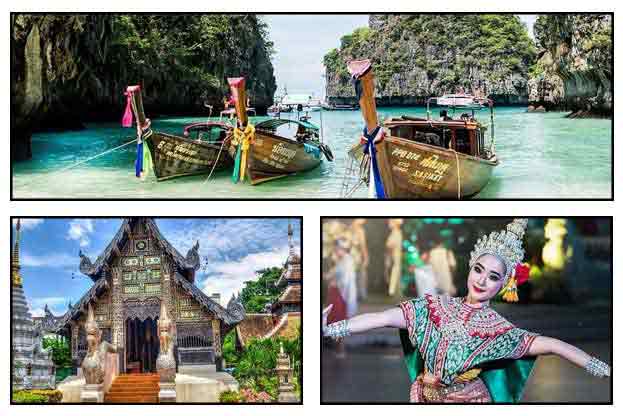 Fall in love with the beauty of Thailand, the tropical paradise.

Thailand, previously called as “Siam”, is a Southeast Asian country known for its spectacular and breathtaking tourist destinations. It is home to over 70 million people with Bangkok as the capital city. The country is also one of the leading economic powers in Asia holding the 20th spot for the world’s measurement by GDP.

History about Thailand says that the government was ruled by military dictatorships. Some of these dictators were Luang Phibunsongkhram, Pridi Phanomyong, Sarit Thanarat and Thanom Kittikachorn. The dictatorship lowered down in the year 1973. After which, prime ministers came out to the scene and eventually ruled Thailand until these days.

For the Thai culture, it’s their religion which influence the people a lot. Their beliefs and traditions are mostly based on Buddhism. Aside from Buddhism, the Hindu principles contributed a lot to the art and literature of Thailand. Its neighboring countries are also contributors of the Thai culture, such as Cambodia and Myanmar.

The Buddhist principles influenced the Thai people to be family-oriented and respectful beings. Their sense of togetherness in every family setting is one factor of their considerable and highly dignified traits. A pure testimony that Thai people are some of the most respected people not just in the continental Asia but across the world. These information about Thailand provides profound teaching that the Thai culture is something we need to discover and treasure.

With the tagline “Amazing Thailand”, let us feature some of the great scenery in all parts of Thailand. Here they are:

The beauty of Thailand allures guests or tourists to continue visiting the country. The lavish of the countryside and tropical atmosphere of such country garnered them the spot for being one of the wonders in the world. Its majestic structural designs and exalted temples marks the religious and traditional side of the country. Its people, men or women, children or elderly, such beauty is a class and an awe enough to be given for its dominance.

Travel to Thailand now and fall in love with the position it has across the globe.

Newest, beautiful, single women now added for week of Wednesday, 24 November, 2021 - Tuesday, 30 November, 2021
You have to meet the women to marry them! We have group singles tours departing nearly every month!