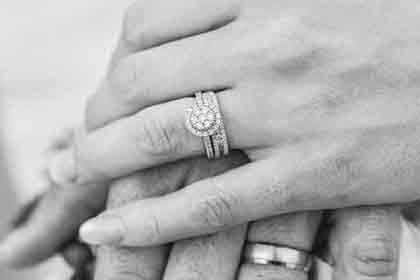 Now there isn’t much to explore as to why older men search for younger partners, but what about the Asian women? What is it with older men that they find appealing? What is an acceptable age difference between couples?

Romantic couples with large age gaps often invite some raised eyebrows and prying eyes. This is quite common as more than half of couples who have large age gaps experience social judgment and social disapproval.

In the majority of marriage cultures, single people tend to seek partners of the same age as they are or as close as it can be. However, when it comes to Asian dating, particularly women who are seeking foreign partners, studies have shown that they lean towards seeking men older than they are.

When defining relationships with big age gaps, society doesn't seem to agree as to how much age difference is acceptable. For some, 5-7 years is quite large; while for others, the line starts at 10 - 15 years. To better understand the social construct of age gaps in relationships, sociologists have set the benchmark at 10 years.

This allowed them to further study the dynamics of relationships that have a smaller age gap vs couples with larger ones by narrowing down the samples.

Studies involving age gaps in marriages are quite unclear. The majority of the test subjects tend to come from intra-cultural marriages or were specifically western couples.

Current research involving Asian women, intercultural marriages, and international marriages suggests that marriages with Asian women involving large age gaps tend to lead to a lower divorce rate. Satisfaction in the relationship is higher and age-gap couples tend to experience a higher level of trust and lower level of jealousy as well.

Age and its advantages

Maturity remains the obvious advantage older men have over younger men. It’s a known fact that men tend to mature at a much slower rate compared to women. By the time women are ready to settle down and raise a family, men of their age are usually counting quantity over quality.....if you get what I mean.

There are many factors as to what attracts a younger woman to an older man. To start with, younger women are looking for balance in their marriage.

The number one reason is that they prefer mature men. Older men tend to have greater life experiences compared to younger millennial men, and this is seen as an attractive trait. The second is that millennial women are taking back the traditional dating culture and straying further away from the hook-up arrangements commonly seen today.

Another reason why Asian women prefer to date older men is financial stability. For the general public, a young asian woman who’s dating an older man may have some form of ulterior motive relating to money. But in Asia, women are very familial in nature.

Having financial stability gives them the option of being full time homemakers. Studies have shown that although both the husband and wife having full time careers generate a higher income annually, this also requires the family to spend more on child care.

Modern women are strong and confident, but they are still wives and mothers at heart. Studies have shown that although the workforce is getting more and more receptive to women; women, when given the option to, would rather stay at home and focus on domestic responsibilities.

Contrary to public opinion, most age gap couples tend to enjoy a happier relationship. Although the age difference might be significant, age gap couples don’t differ from each other.

Age Gap marriages, like any other marriages, encounter some hard times as well. Whilst studies have shown that age gap couples experience a higher satisfaction level, age gap couples also have their own unique problems that couples with close age proximities can’t relate to. This can be influenced by the variation in life experiences or cultural differences

Interviewing Asian women in age gap marriages, the majority find a struggle when it comes to balancing their timelines in life. For example, the older man may have reached retirement age and therefore would wish to enjoy more of his extended free time. Younger women, especially career women, find it hard to balance their careers and spend time with their partners.

Building on their respective timelines, by the time younger women decide it’s time to have children and raise a family, the older partner might not be on the same page as she is.

For others, especially older men who have had children in previous relationships, starting back and doing it all over again - the PTA meetings, the dance recitals, etc., might not be what they’re looking for.

It’s all about compromise

Understanding that with the difference in age comes difference in perspectives as well. You both may have a different outlook on things due to the varying life experiences that you both possess.

It is also important to make time for yourself as well. The difference in age gaps will mean that there’s a high chance that you won’t always agree with what you guys like to do in your free time.

You might wanna stay in and read a book while your partner wants to go hiking. Don’t feel bad about making some time for yourself.

Many couples with a significant age difference can make a relationship work. The key is to be mindful of your partner and the gap in your relationship so you can address all the issues involved. For many couples, age is not an issue, because their similarities and differences have more to do with personal and psychological factors than age.

The important thing is to communicate, cohabitate, and compromise with Asian women to make the relationship work.